I have been making marmalade the same way for years for a Christmas giveaway. I bought a  microplane zester that produced very fine bits of rind. Over time I have been experimenting with the recipe— no extra water, fine bits of zest and less and less sugar. This has produced an intensely flavorful marmalade.

END_OF_DOCUMENT_TOKEN_TO_BE_REPLACED

Every Christmas for more than the last decade I have made marmalade as a giveaway. A few years ago, I bought a  microplane zester that produced very fine bits of rind. I also stopped using any extra water, just the zest and juice of the oranges. This micro marmalade was an intense flavorful jam, but it did not make as much as the old way I had been using. This year I ended up giving away all of the marmalade I produced and we had none left for ourselves. 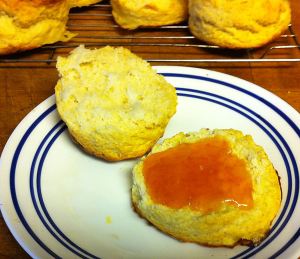